Click onto YouTube and you can see Beyoncé writhing on a pole, Nicki Minaj shaking her ample derriere, and Miley Cyrus straddling a giant wrecking ball, naked as the day she was born.

But one band is boycotting the nudity and sexual choreography. And that band is Little Mix. “There’s no need to do that kind of dancing,” protests Jade Thirlwall. “Obviously, sometimes we do do a bit of sexy dancing but it’s more empowering.”

“Yeah, it’s sassy,” agrees her bandmate Perrie Edwards. “Not gyrating on the floor thrusting our vaginas.”

Sex may sell – but Little Mix prove modesty is marketable. The quartet have sold 7.5 million records in four years, even scoring a top 10 album in the US with the clattering R&B of their second record, Salute.

But surely they must come under pressure to show skin and sing suggestively?

“Do you know what? I think it’s different for girl bands,” says Jesy Nelson. “Fans can find it intimidating if you’re being sexy. “I think that’s why, a lot of the time, girl bands haven’t really worked – because it’s too sexy and girls are like, ‘mmm… no, I’m a bit worried you’re going to steal my boyfriend off me’. I think that’s why we have done quite well.” Perrie chips in: “We’re not about that anyway. We’re in our own lane, we know what we stand for. We want to inspire people. “If we’re a bit sexy, we’re a bit sexy, if we’re not, we don’t really care. We don’t feel like we have to have really skimpy outfits. We do whatever the heck we want. ”

Incredibly for a “manufactured” pop group, that statement contains a kernel of truth. Little Mix have just spent a year recording their third album – an aeon in the quick turnover world of girlbands – after they scrapped the first draft.

“We wrote 100 or 200 songs,” says Jesy. “We thought we had an album, and we sat down together as a group and we listened to them and we were like, ‘They’re very mismatched. It doesn’t work together as an album.'”

Crucially, they lacked a killer single – a problem that became increasingly urgent as time went on. “Without a single what are you going to do?” asks Leigh-Anne Pinnock. “We had so many deadlines we kept missing. We didn’t want to get to a time where everyone forgot about us. It was really scary.”

So the band set up writing camps in the hope of finding a lead track. “We gave out all our concepts, lyric ideas, where we are in our lives, what we want to talk about,” says Perrie. “But then,” Leigh-Anne says, “Black Magic came and everything just fell into place.”

The single is an instant classic: Effervescent, 80s-inspired pop with more hooks than a butchers, it is directly inspired by Cyndi Lauper’s Girls Just Want To Have Fun.

“When we got it we all cried,” Jesy admits. The only sticking point for the band was their lack of involvement. “We’ve always written all our singles,” says Leigh-Anne. “It’s the first time we’ve been handed a single and asked ‘do you want it?'” “But we just knew,” adds Jade. “You can’t deny it’s a hit song.”

With the single selected, the rest of the album coalesced around a late-80s, early-90s sassy pop sound. They finally finished recording sessions last week. “I’m not going to lie, we are very happy to see the back of it,” laughs Jesy.

Little Mix were formed, somewhat reluctantly, after auditioning as solo artists for the 2011 series of X Factor. “We got put together at boot camp,” explains Perrie. “They based it on our height, but it just so happened we all loved each other.” “They literally could not have picked three better girls.” Luckily, they found their voices worked as a quartet, Jesy’s tremulous vibrato complementing Perrie’s three octave ad-libs, while Jade and Leigh-Anne took the lead lines. “We’ve all got such different voices, but the first time we sang together we all went ‘wow’,” says Leigh-Anne. “We practice over and over,” adds Perrie. “Then we record it on our phones so that when we go to sleep we can listen to it in bed.”

But things nearly fell apart three weeks into the X Factor live shows when the band were forced to change their name after it was discovered a charity was already using their chosen moniker, Rhythmix. “We were so upset,” says Perrie. “We weren’t really seen that much, anyway, on the show. Nobody knew who we were. So when we had to change our name we just thought, ‘oh great we may as well just go home now.'”

Jesy adds: “I can never imagine being Rhythmix now. It just doesn’t feel like us at all. It feels a bit boyish.” “And it sounds too much like the Eurythmics,” laughs Jade.

They went on to win the show – and remain the only band ever to do so. Their winner’s single, a cover of Damien Rice’s Cannonball, has been airbrushed from history. On their arena tour last year, they introduced its follow-up, Wings, as “our very first record.”

That song – a juddering, multi-layered girl power anthem – set the Little Mix template; while the lyrics, about overcoming bullies, spoke directly to their teenage fanbase, known as Mixers, who the girls have been careful to cultivate.

They are all over social media, setting challenges, recording video messages and even, for the Black Magic promotional campaign, performing a series of illusions.

“We know how important it is, especially for our kind of fanbase,” says Jade. “It’s important that they always feel special.”

“They love knowing what we’re up to and they love feeling involved,” adds Perrie. “But we do it because we want to.”

The band’s online presence has helped them crack the rest of the world, too. While Take That and Girls Aloud struggled in the States, Little Mix were already a known quantity by the time they released a single in America, thanks to their presence on YouTube and Twitter.

Perrie explains: “It’s really hard to find the balance between everyone in Japan or Australia and America. That’s why social media is so powerful, because it helps.”

Their popularity isn’t just about marketing, though. Little Mix are the first girl group since the Spice Girls who have that un-fakeable air of camaraderie.

The band finish each other’s sentences, whisper secrets and happily digress into discussions about toilet seat etiquette and she-wees (“It’d be great when we’re on the road on tour,” says Jade. “Instead of having to stop for a toilet break we could just do it out the window.”)

But there’s a downside to their activity on social media.

“Back in the Spice Girls era, you never had to see those negative comments,” says Jade. “Anyone can say whatever they want.”

As Zayn Malik’s fiance, Perrie gets the bulk of the abuse, but Jesy has been left in tears by trolls criticising her weight. “People just hide behind the computer,” she says. “They’d never say it to your face. If you went up to them and said, ‘tell us what you said on Twitter to my face’ they’d be like, ‘I’m sorry’.”

So if they really could practice Black Magic, who would they cast a spell on? “I’ve got a good one,” says Leigh-Anne.

“You know all the evil Daily Mail commenters? The disgusting people that sit there and spew out awful things about everyone? I would make them fart all the time. All the time, they would just fart.” “I feel like you could have a better punishment than that,” taunts Jesy. “Make them have no fingers so they can’t type.”

Sensing the tone is shifting, Jade attempts to play peacemaker. “I’d mix a potion to make everyone positive. No more negativity,” she says. “The ingredients would be the sound of laughter, a bit of kindness, a bit of compassion… And a lot of vodka.” 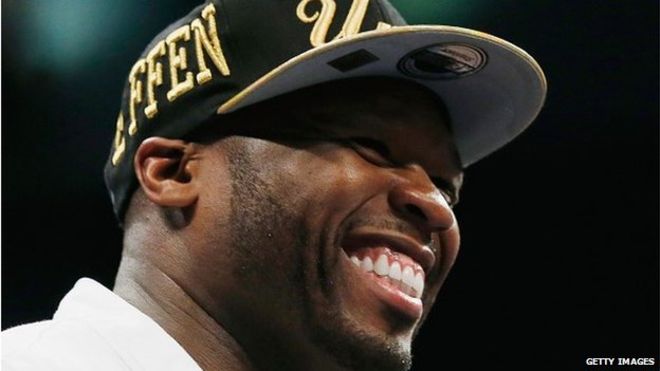 5SOS say there’ll be no pyrotechnics and flames at concert