Beyoncé has surprised fans with a new single and video, released on Saturday to the Tidal streaming service, in which she is a co-owner.

Die With You is a simple ballad, which the superstar performs alone, seated behind a black baby grand piano.

“I wake up just to sleep with you,” she sings to the cameraman who, at the end of the video, is revealed to be her husband, Jay Z.

The couple celebrate their seventh anniversary this weekend.

Both of them are co-owners in Tidal, which was re-launched last week in a star-studded New York ceremony.

Artists including Arcade Fire, Daft Punk, Jack White, Kanye West, Madonna, Rihanna and Usher all appeared at the event, signing a declaration that promised to “re-establish the value of music” and protect “the sustainability of the music industry”.

The paid-for service pitches itself as “the first artist-owned global music and entertainment platform” and promises musicians a greater share of royalties when their music is streamed on the site.

Key to attracting consumers away from rivals like Spotify, Deezer and Rdio is the promise of exclusive content, of which the Beyoncé track is the first high-profile example.

Other exclusives include footage of The White Stripes’ first ever TV appearance, on Detroit public television, and Daft Punk’s feature film Electroma.

Beyonce’s shook up the music industry in 2014 when she released her fifth album on iTunes overnight.

The “stealth release” strategy broke iTunes sales records – in just 48 hours, it sold 68,000 copies in the UK, charting at number five in its debut week.

Several artists, including Kendrick Lamar, Drake and U2, have since released “surprise” albums.

Kanye West settles paparazzo lawsuit with a handshake and apology 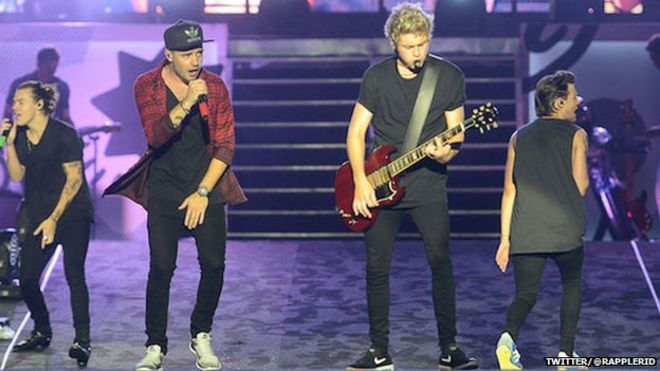