For years, Beyoncé was a hit-machine, defiantly, almost psychotically, churning out chart topping singles. So how, and why, did she become focussed exclusively on the album format? And what does that mean in the age of streaming?

“I might get your song played on the radio station,” boasts Beyoncé on Formation, the agenda-setting single she premiered at this year’s SuperBowl – but her own songs are increasingly failing to make it on radio.

In the last month, the Texan superstar has been played more than 2,000 times on UK radio stations, yet her most popular tracks are more than a decade old: Irreplaceable (219 plays), Crazy In Love (186), Independent Women (163).

It is five years since she had a top five hit in the UK, and eight since her last number one – 2008’s If I Were A Boy.

“If you compare her to other pop stars like Rihanna, she hasn’t really had a defining hit in a long time,” says Michael Cragg, features editor at Popjustice.

To the casual observer that looks like bad news but here’s the thing: Beyoncé opted out of the chart race voluntarily.

In practice, that means Beyoncé has become an “albums artist” – making bold, long-form records that tackle weighty topics such as black identity, body image, feminism and marital fidelity (or otherwise).

Her new album Lemonade and its predecessor, 2013’s Beyoncé, work best as song suites, where atmosphere and narrative take precedence over smash and grab pop hooks.

“They’re dramatic songs,” says Cragg. “You can build a visual around it, but there’s not much there for the casual fan.”

So what prompted the change in direction? The catalyst was 4, the star’s fourth solo record. Released in 2011, it was a grab-bag of musical styles and genres, from the sonically dissonant Run The World (Girls) to the soul throwback Love On Top.

“Everything sounds the same on the radio,” Beyoncé told Complex magazine when it was released. “With 4 I tried to mix R&B from the ’70s and the ’90s with rock and roll and a lot of horns to create something new and exciting. I wanted musical changes, bridges, vibrata, live instrumentation and classic songwriting.”

But the record was incoherent, unfocussed and – by Beyoncé’s standards – a commercial flop. 4 sold three million copies, less than half as many as its predecessor, and it failed to produce an enduring radio hit.

“4 was the turning point,” says Cragg. “She realised it didn’t make the impact she should be making at that point in her career.”

What followed was a long period of confusion and experimentation. More than 50 tracks were auditioned, recorded and scrapped for Beyoncé’s fifth, self-titled album in 2013. A tour to promote the record launched without a record to promote, and racked up 100 dates before the album finally appeared, unannounced, on iTunes.

Accompanied by 17 music videos, the album was unlike anything the star had ever released before – and its genesis was woven into the lyrics

“All the [stuff] I do is boring,” she said on Ghost. “All these record labels? Boring.”

The album is defiantly, wilfully anti-pop, relying on complex sonic textures and fragments of fragments of songs. It’s as if Beyoncé split the musical atom and taped the fall out.

It was lyrically bold, too, as the star pulled back the veil on her innermost thoughts – essentially, “I am a fully paid-up feminist who enjoys ornate sex with Jay Z”.

“Part of the criticism of Beyoncé was that she’s too perfect and too meticulous and no-one really knows anything about her,” says Cragg. “You could do that in the ’80s. You could be Michael Jackson and you could be slightly aloof. But she realised she needs to communicate something about herself to people.”

It worked. Beyoncé not only sold five million copies worldwide, but it raised the singer’s prestige as an artist and cultural provocateur.

Vindicated by the success, “Queen Bey” started work on an even more arresting album. Lemonade, released last Sunday, is an intimate, anguished document of marital betrayal, in which Beyoncé comes to regret the day Jay Z “put a ring on it”.

It finds her angry, defiant, lost, vengeful and, finally, reconciled with her husband. Once again, it is an album with a complex narrative arc. An album that demands to be heard in one sitting. An album without a clearly-defined single.

But in the era of streaming, is anyone actually listening to these albums?

“There are fair-weather Beyoncé fans who might only be interested in her biggest hits, as they’ve always been. But this album might not be for those fans at all. Increasingly there’s the upper tier of Beyoncé acolytes who want to delve deeper and truly immerse themselves in the experience.

“For the right artist, there remains a hunger for the full album.” 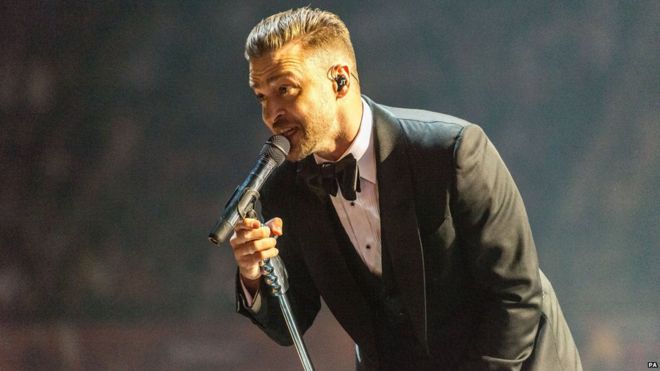 DNCE: Putting the colour back into pop 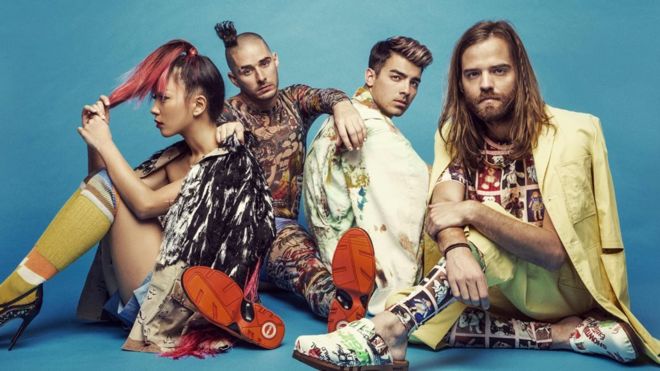