Dua Lipa’s songs were played more than anyone else’s on UK radio and television last year, thanks to her award-winning album Future Nostalgia.

In topping the chart she has ended the reign of Ed Sheeran, who has been the UK’s most-played artist every year since 2017.

Two of her singles, Physical and Don’t Start Now, were among the 10 most popular songs on the UK airwaves.

The most-played track overall was The Weeknd’s Blinding Lights.

The figures were compiled by music licensing company PPL, which monitors the music played on TV and radio and in pubs and clubs. It said Sheeran was the year’s second most-played artist, followed by Ariana Grande and Sam Smith. 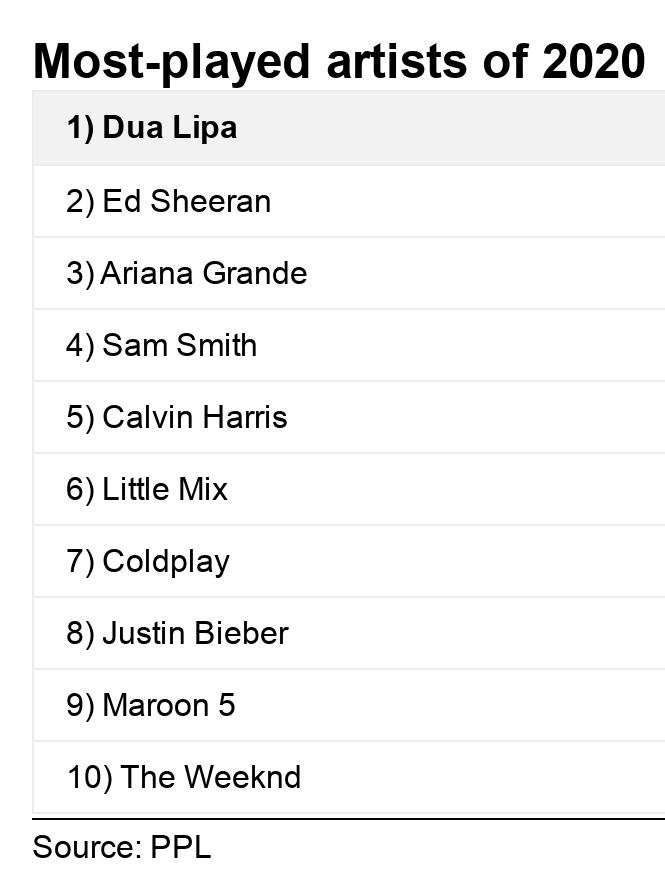 “I’ve been a little bit conflicted about whether it’s the right thing to do during this time because lots of people are suffering,” she said at the time.

The album proved to be the soundtrack to many people’s quarantine, with its uplifting disco anthems providing the perfect antidote to isolation.

“It was such a tricky decision but some things are just meant to be. I’m just grateful that it served as a form of escapism during this time. My whole idea was to create a fun world for people to enjoy even when they’re at home – and I feel lucky that I had the opportunity to do that.”

Future Nostalgia went on to become the best-selling release of 2020 in the UK, winning album of the year at the Brit Awards and best pop album at the Grammys.

The star is reportedly working on the follow-up already.

“She was talking about album number three when we barely had number two done,” said Joe Kentish, her record label boss, in a recent interview.

“You’re half-expecting that she might want to take a break or go about things differently but she’s like ‘Right, what’s next?’Her interests, her knowledge, her thirst to learn new things and to be in control of what she does just grows and grows.”

Future Nostalgia’s commercial success was reflected in her ubiquitous radio and television presence, and Lipa is the first woman to top PPL’s most-played chart since Katy Perry in 2014.

“Thank you so much to everyone that listened to and loved my music during 2020,” the singer said. “I’m incredibly proud that I was the most played artist on radio, TV and all across the UK. I so wanted Future Nostalgia to bring some happiness during such a difficult time.”

PPL’s chart illustrates how some songs sustain a long after-life on radio, months after they stop jostling for position in the official Top 40.

Kygo and Whitney Houston’s cover of Steve Winwood’s Higher Love was the third most-played song of 2020, despite falling out of the charts in November 2019. 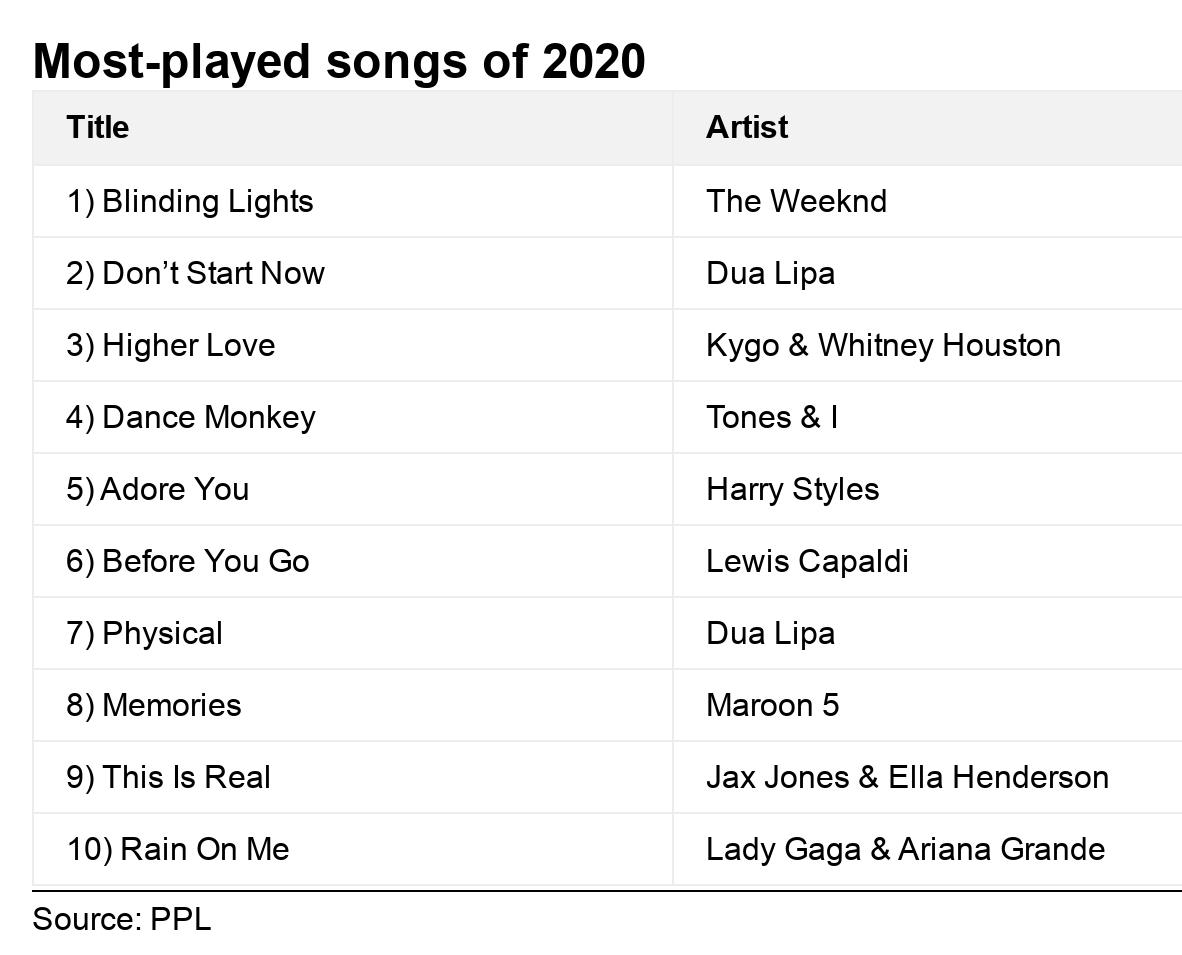 Another five songs in the PPL chart date back to 2019, including Memories by Maroon 5 and Dance Monkey by Australian pop singer Tones & I.

Peter Leathem, the company’s chief executive, said the artists listed had “played a significant role in helping many of us to get through these difficult times”.

The society collected £225.7m in royalties last year, down from £271.8m in 2019, after music venues were forced to close during the pandemic.

“With live music shut down for much of 2020, PPL’s royalty payments became an even more important source of income for these artists,” Leathem noted.