Some of the best EDM mixed up by the one and only Stonebridge.

StoneBridge won international renown with the remix of the 1993 hit “Show Me Love” with Robin S. Until then, he had been running the Swedish DJ/remix outfit SweMix, formed at the end of the 1980s. He has released several 12″ remixes, CDs, and has several singles, including “Put ‘Em High”, “Take Me Away” and “Freak On” from the debut album ‘Can’t Get Enough’ 2005. Some of his singles featured the Swedish vocalist Therese. In 2006, he released a DJ mix album, The Flavour The Vibe, as well as started working on his follow-up album Music Takes Me, which was released in 2007. A follow-up to The Flavour The Vibe Vol 2 was released in 2008, as well as a Best of Stoney Boy Music two one mixes for iTunes. A third artist album, ‘The Morning After’ was released 2010. In recent years StoneBridge has released several successful singles such as ‘Be Kind’ (with Crystal Waters 2014), ‘You Can Have It All’ (featuring Koko LaRoo 2015), ‘Believe It’ (featuring Koko LaRoo 2015), Turn It Down For What (featuring Seri 2017), #1 Billboard Club Chart singles ‘If You Like It (featuring Elsa Li Jones 2016)’, Put ‘Em High 2016 (featuring Therese), Meet In The Middle (featuring Haley Joelle 2018).

Throughout 2019 StoneBridge has been rocking sets all around the world on the highly successful Hedkandi 20th Anniversary tour. 2020 is not slowing down with headline bookings in the diary at the Sunsetter Festival in New Zealand and Prestfest in Preston with Todd Terry.

Join StoneBridge each week on Hot Hits UK for some of the best EDM mixes. 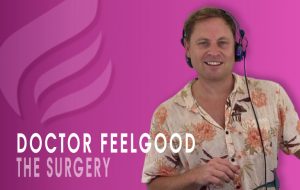 Goddess Is A DJ 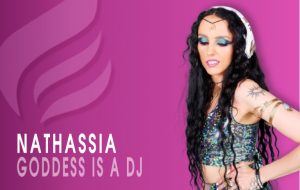